To know about all things Digitisation and Innovation read our blogs here.

Today, digital transformation is not an optional requirement for enterprises trying to make it big in their respective industries. Cloud computing is established as the way to move forward in the digital age. Leaving a single stone unturned can leave a firm far behind its competitors. Moving to the cloud has numerous advantages including improvements in security, scalability, and flexibility. Not to mention, the cost factor is also a major catalyst.

There are hundreds of cloud services providers including Google, Amazon, Salesforce, Microsoft, Oracle, SAP, etc. But today, we are going to talk about two of our personal picks – Google and Amazon. So, let us dive deep into their offerings – GCP and AWS.

What is GCP (Google Cloud Platform)?

A public cloud vendor, GCP provides customers with a suite of computing services that range from GCP cost management to data management to delivering web and video over the web to AI/ML tools. GCP is a part of Google Cloud that allows access to computer resources based in Google’s data centers across the world for free or on a pay-per-use basis. It first appeared online with the launch of App Engine in 2008 but was launched officially only in 2011. Today, millions of users form part of the Google Cloud Platform ecosystem and some of the big names like Twitter, eBay, PayPal, and Nintendo are its top customers.

What is AWS (Amazon Web Services)?

AWS is an evolving cloud platform from Amazon that was launched in 2006 and offers tools such as database storage, compute power, and content delivery. It combines IaaS (Infrastructure as a Service), PaaS (Product as a Service), and SaaS (Software as a Service). AWS was one of the first providers to introduce a pay-as-you-go pricing model for its customers. Netflix, LinkedIn, Facebook, and ESPN are some of the major customers of Amazon Web Services.

Also Read: There is No “Digital” without a Digital Experience Platform

Both these providers offer Virtual Machines (VMs) and have similar approaches and terminologies, with slight changes in naming conventions. Google’s VM is called Compute Engine, while that of Amazon is named Amazon Elastic Compute Cloud (Amazon EC2).

Google Compute Engine and Amazon EC2 have some key differences in accessing VMs. While Amazon EC2 requires you to include your own SSH key if you want terminal access to an instance, Compute Engine is more flexible in its approach.

Talking about the storage of VM images, GCP stores those on Compute Cloud, while AWS stores its images in different services – EBS (Amazon Elastic Block Store) or S3 (Amazon Simple Storage Services). Another difference is that while Amazon machine images are only available in certain geo-locations, the images on Compute Engine are available globally.

Both GCP and AWS offer Content Delivery Networks to help you deliver your content and services to end-users faster. GCP’s CDN goes by the name Cloud CDN while Amazon calls its CDN Amazon CloudFront. This is done by replicating and hosting the content across their global infrastructure that allows more localized access. This results in better responsiveness, faster load times, and reduced bandwidth strain for all your applications, services, and websites.

100s of interconnected data centers from across the world form part of both GCP and AWS. Networking services on offer by both can deliver high-speed connectivity to virtual machines, other cloud services, and on-premises servers. Designed for low latency levels and countless redundancy scenarios, both providers offer high fault tolerance.

Which is Cheaper? GCP or AWS?

There are a host of other features offered by both Google and Amazon in terms of hardware, operations, encryption, network security, and more. With both these players offering similar services, it really comes down to an enterprise’s business needs to choose the perfect cloud services provider. Of course, pricing is a major deciding point. But when it comes to differentiating between Google Cloud Platform and AWS, there is no short answer to which platform is cheaper. There are hundreds of pricing models available as you get away from mere VM instances into more sophisticated features of cloud computing. These are both great platforms and evaluating your firm’s feature requirements should be the first step. If you need help choosing the right cloud services provider for your business, and/or implementing it for an accelerated digital transformation journey, our experts at SIDGS may help! All you need to do is fill out a short form and we will respond in a flash.

We are the preferred business transformation partner for businesses all around the world. As a leading global provider of technology services, digital solutions.

How is Digital Transformation changing the nature of Banking and Finance services? 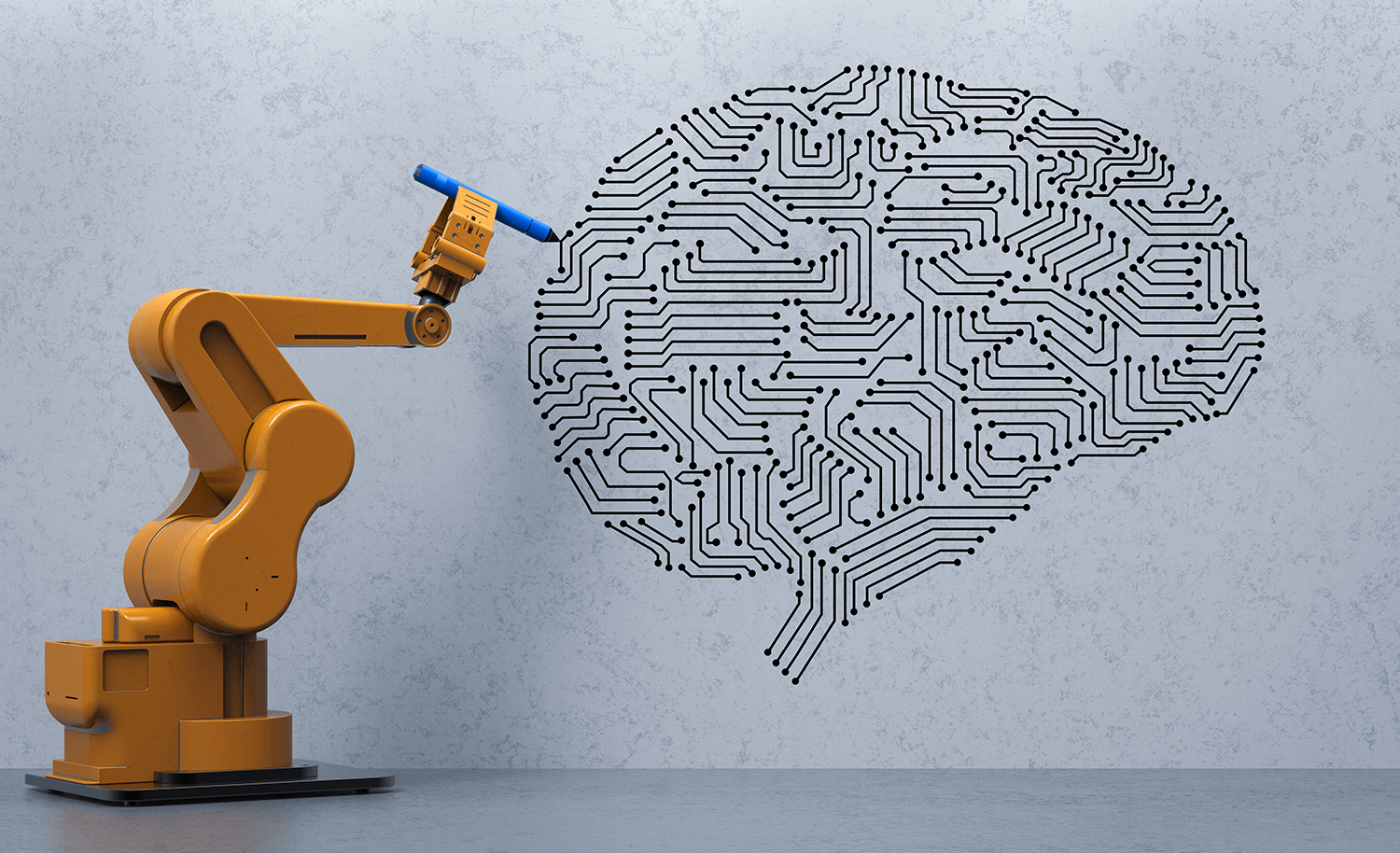 The Impact of AI Solutions on the Future of Business 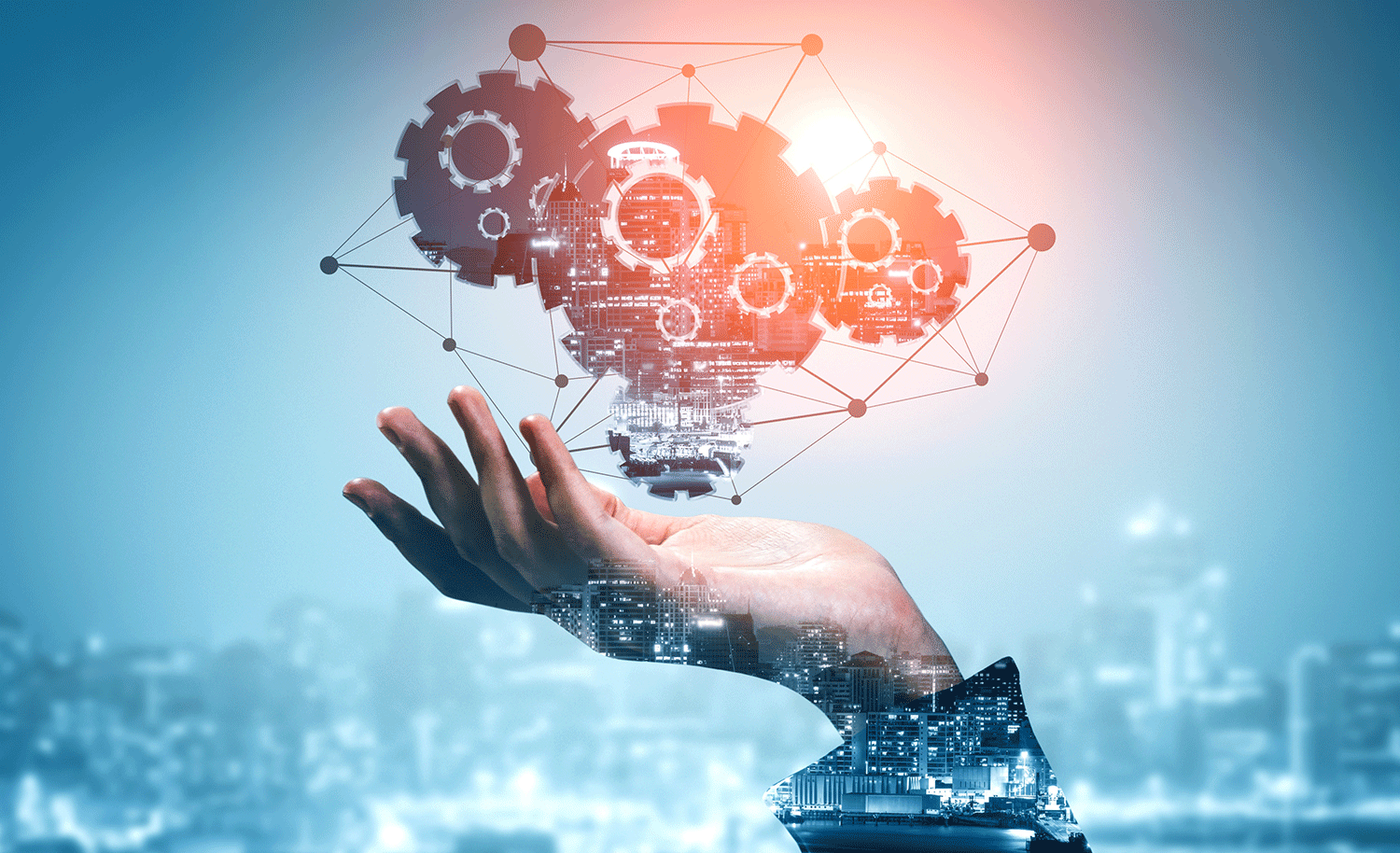 How to troubleshoot common issues in administrative back office operations? 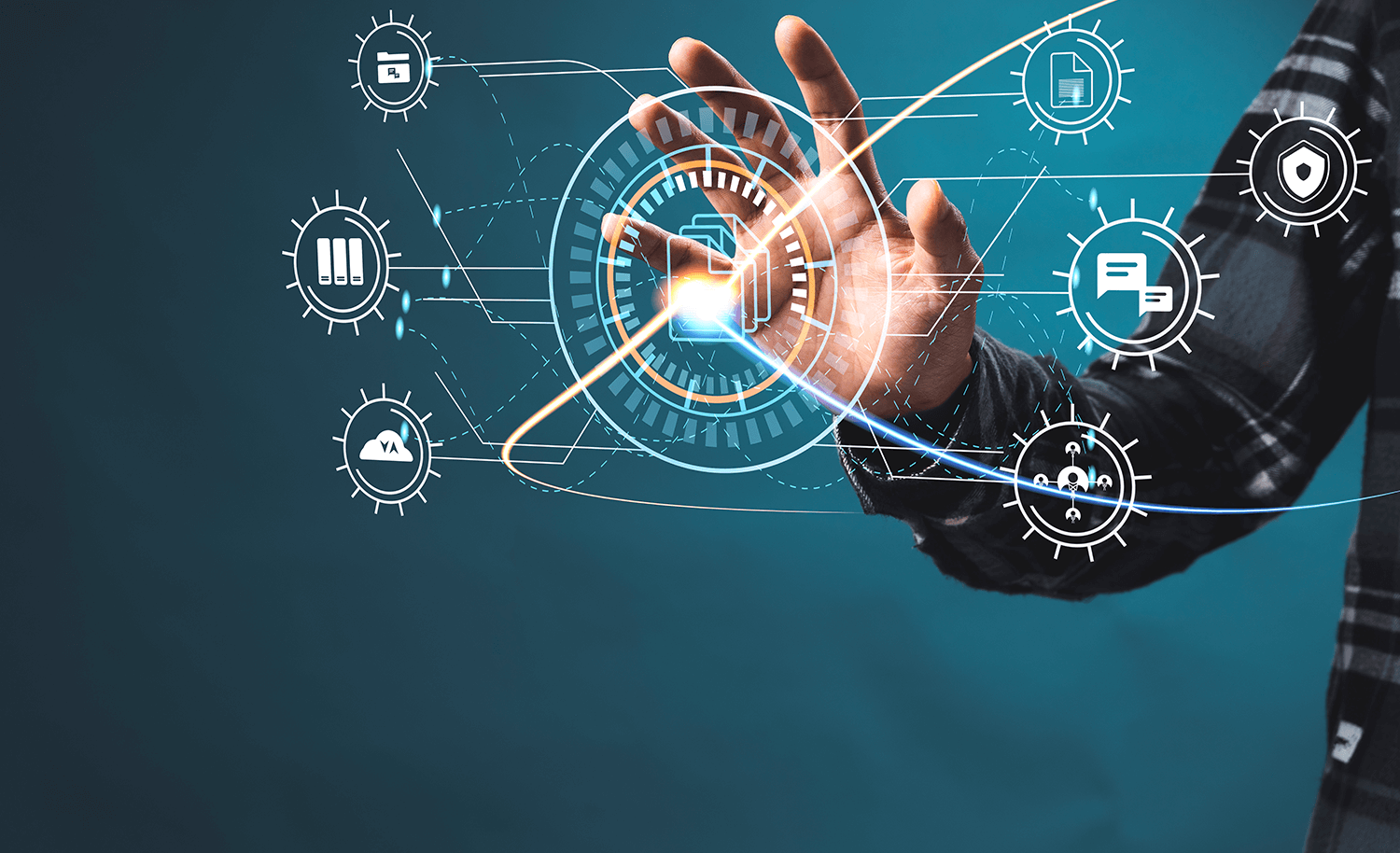 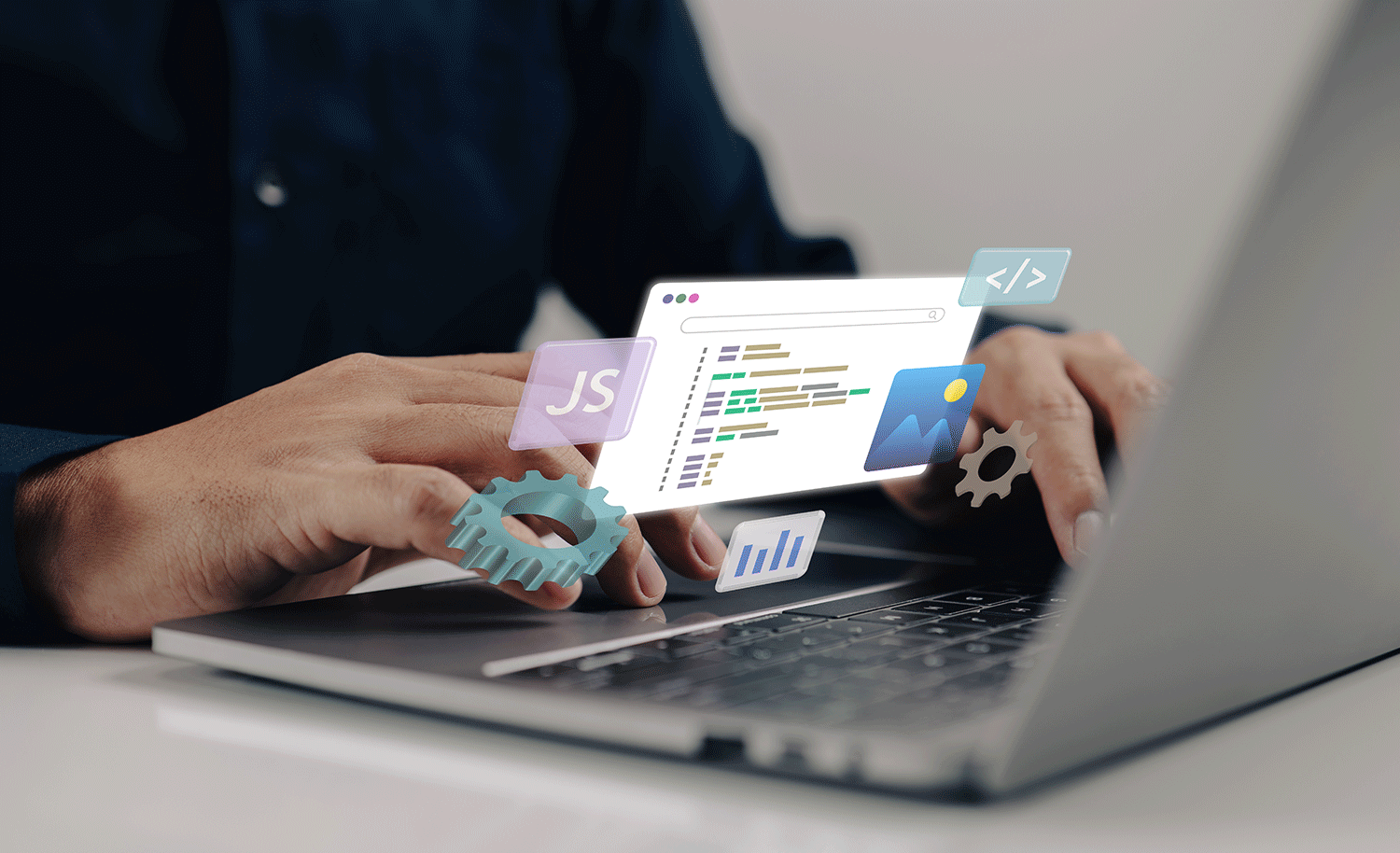 Stay ahead of the digital transformation curve, want to know more ?

Get answers to your questions

LET'S CONNECT
We use cookies on our website to give you the most relevant experience by remembering your preferences and repeat visits. By clicking “Accept All”, you consent to the use of ALL the cookies. However, you may visit "Cookie Settings" to provide a controlled consent.
Cookie SettingsAccept All
Manage consent

This website uses cookies to improve your experience while you navigate through the website. Out of these, the cookies that are categorized as necessary are stored on your browser as they are essential for the working of basic functionalities of the website. We also use third-party cookies that help us analyze and understand how you use this website. These cookies will be stored in your browser only with your consent. You also have the option to opt-out of these cookies. But opting out of some of these cookies may affect your browsing experience.
Necessary Always Enabled
Necessary cookies are absolutely essential for the website to function properly. These cookies ensure basic functionalities and security features of the website, anonymously.
Functional
Functional cookies help to perform certain functionalities like sharing the content of the website on social media platforms, collect feedbacks, and other third-party features.
Performance
Performance cookies are used to understand and analyze the key performance indexes of the website which helps in delivering a better user experience for the visitors.
Analytics
Analytical cookies are used to understand how visitors interact with the website. These cookies help provide information on metrics the number of visitors, bounce rate, traffic source, etc.
Advertisement
Advertisement cookies are used to provide visitors with relevant ads and marketing campaigns. These cookies track visitors across websites and collect information to provide customized ads.
Others
Other uncategorized cookies are those that are being analyzed and have not been classified into a category as yet.
SAVE & ACCEPT